Dan Biederman began his career by turning around dangerous and neglected areas of Midtown Manhattan. During the 1980s he created Bryant Park Corporation, 34th Street Partnership, and Grand Central Partnership, and currently serves as the President of the first two of those downtown managers. His private consulting firm, Biederman Redevelopment Ventures, grew out of this work, and has since served as a consultant and operator of other downtown redevelopment/management efforts in Los Angeles, Chicago, Dallas, Houston, Atlanta, Miami, Pittsburgh, Boston, Baltimore, and Newark, among many other cities.

Bryant Park Corporation, founded in 1980 by Mr. Biederman with the assistance of the Rockefeller Brothers Fund, is one of the largest efforts in the nation to apply private management backed by private funding to a public park. The park reopened in 1991 with a budget six times the level under prior city management, and has been a huge success with public, press, and nearby institutions. Crime in the critical nine-acre area managed by BPC has been reduced by almost 100% since the Corporation’s founding. Today’s Bryant Park is favorably compared with the great parks of London and Paris, and was the 1996 winner of the Urban Land Institute Excellence Award for public projects, as well as many other awards from design, real estate, and redevelopment groups. The park’s upgrade has generated over $2 billion in incremental real estate value just for its 33 abutting properties.

34th Street Partnership, founded in 1989 by Mr. Biederman with property owners Peter Malkin and James Kuhn, covers a critical area with over 33 million square feet of commercial space, including Pennsylvania Station, Madison Square Garden, the Herald Square shopping district, and the Empire State Building. In January of 1992, the Partnership opened with a $6 million annual program of security, sanitation, social services, tourist information, public events, and debt service on a major capital improvement bond of $25 million for improvements to the district’s streets, sidewalks, and plazas. The district has radically widened its programs and resources since then.  Crime has been reduced by 90%, the streets are free of litter, and dozens of retailers have been helped to upgrade their facades and merchandising.

Mr. Biederman applied the lessons of Bryant Park to the reconstruction of Herald and Greeley Square parks, two traffic islands that form a bow-tie at 34th Street and Broadway. Once poorly maintained drug havens, the areas have been transformed into small parks that utilize the same successful elements as Bryant Park. The Partnership received a Special Achievement award from the International Downtown Association for the renovation of the Squares.

Among the most visible improvements that Mr. Biederman initiated throughout the 34th Street District are the various streetscape projects. These include new lighting, street signs, street furniture, plantings, structures such as information kiosks, and numerous other amenities whose distinctive designs help “brand” the district and whose presence is the physical reflection of the area’s transformation and revitalization. The Partnership created all these projects in-house, and manages and maintains them on an ongoing basis. It was the first BID to take this important step, creating custom streetscape projects that address the practical and aesthetic problems of today’s urban environment. The Partnership has received many awards for its pioneering work, including the 2003 Society for Environmental Graphic Design Award for its Self-Illuminated Street Sign, the NYC Department of Small Business Services 2003 Neighborhood Development Award, and the Urban Land Institute’s 2005 Award for Excellence for its line of Custom Designed Street Furniture.

Mr. Biederman has written, lectured, and taught extensively in the field of urban management. In December of 1995, he served on a twelve member advisory panel convened in Oklahoma City by the Urban Land Institute to explore strategies for the economic recovery of the downtown area in the aftermath of the April 19, 1995 bombing of the Alfred P. Murrah Federal Building. His publications include articles in Urban Land and the Harvard Business Review.

Mr. Biederman is an active member of the Urban Land Institute and the International Downtown Association. He is also a member of the board of NYC & Company. Mr. Biederman was a founding partner of Edison Schools in 1991, contributing to the design and business plan for the nation’s earliest for-profit school operating company. Married for 40 years to the fine arts lawyer and author Susan Duke Biederman, he has a 35-year-old son, Robert, and a 30-year-old daughter, Brooke. 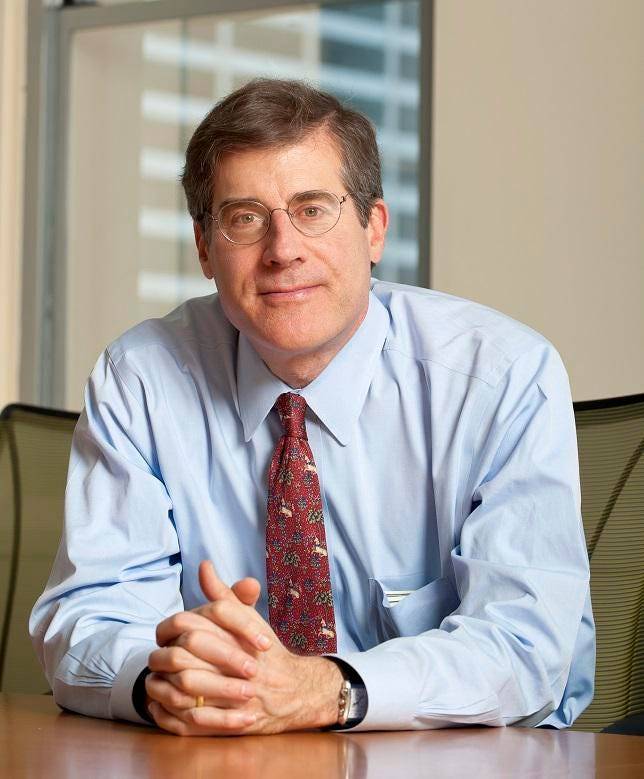